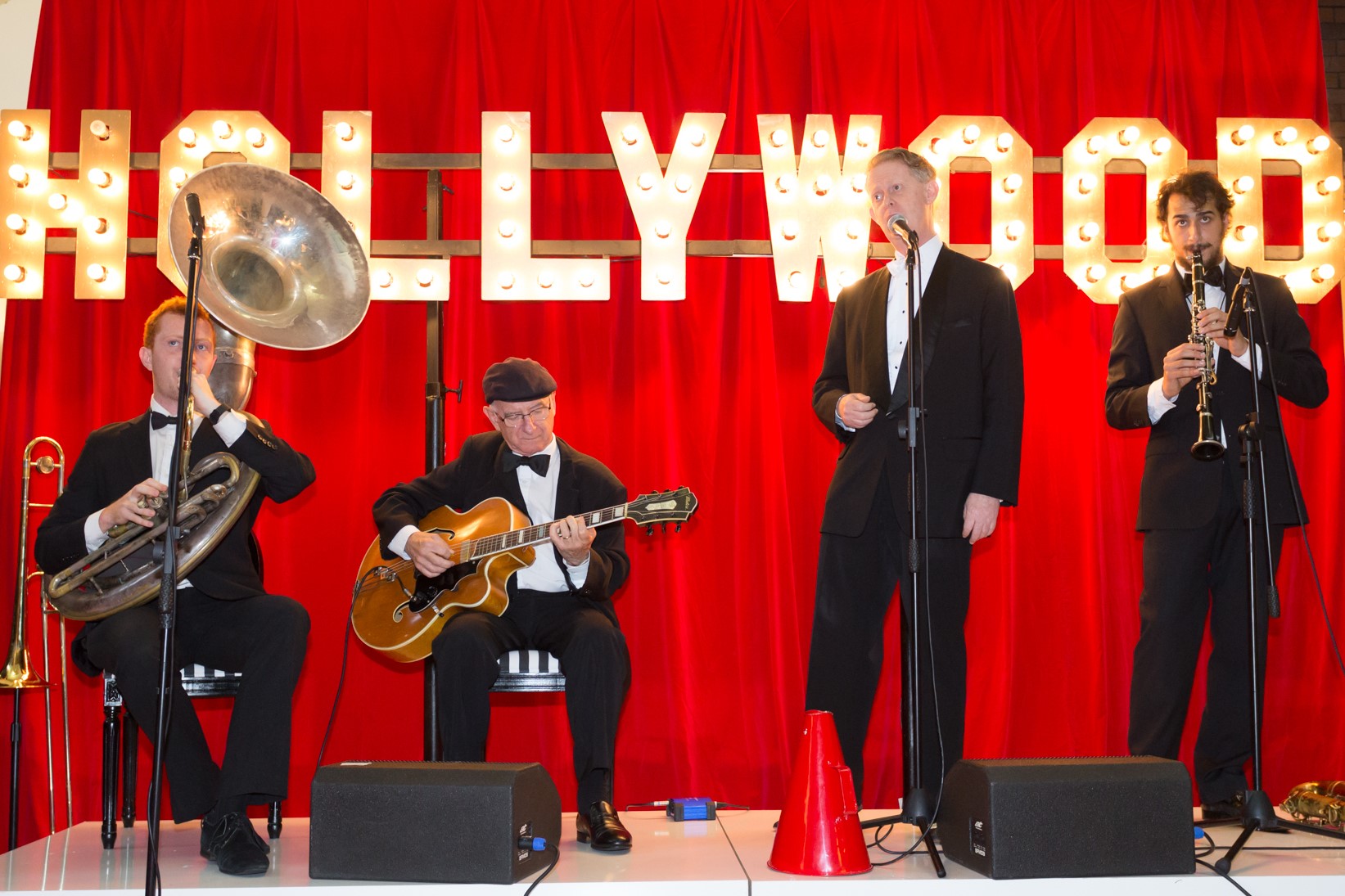 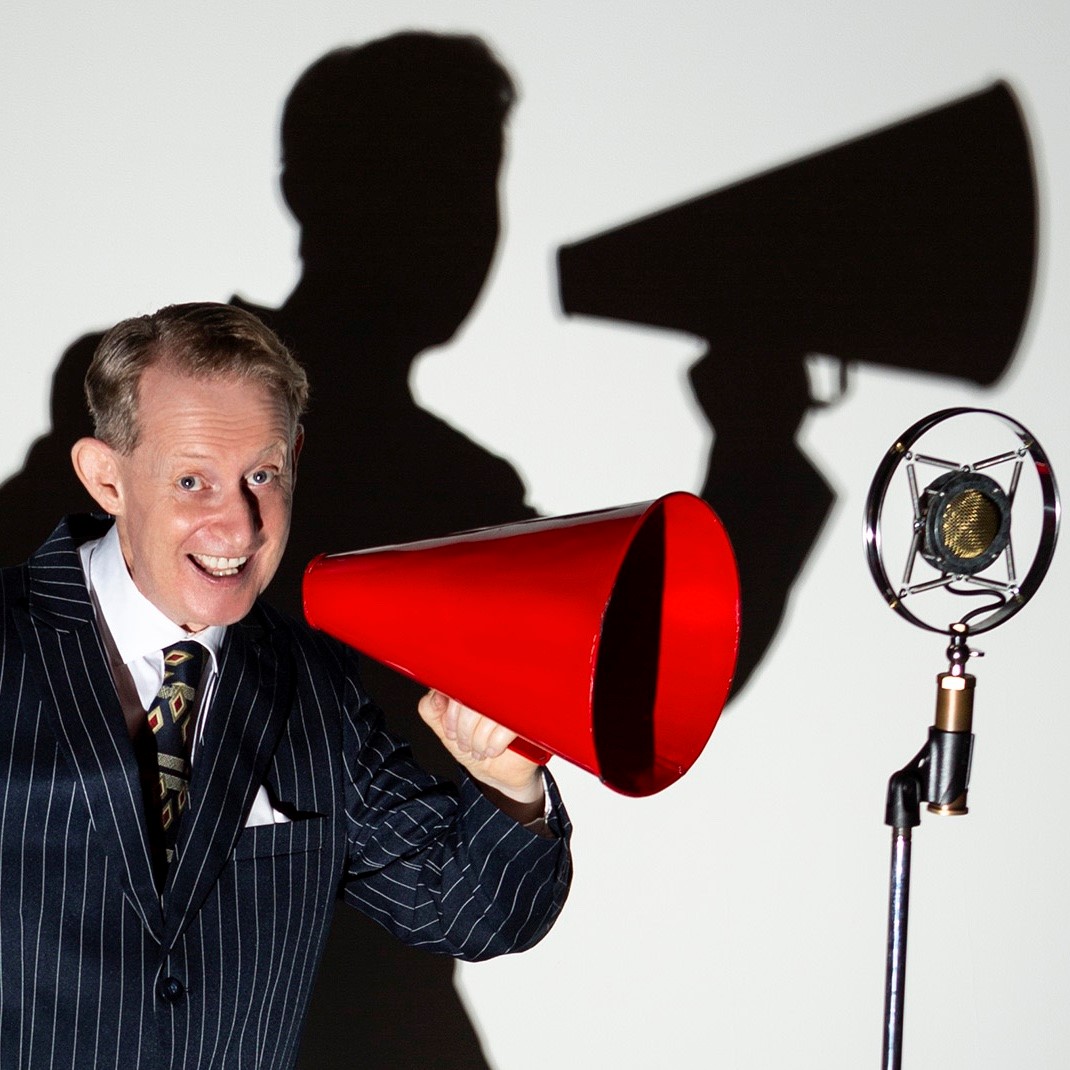 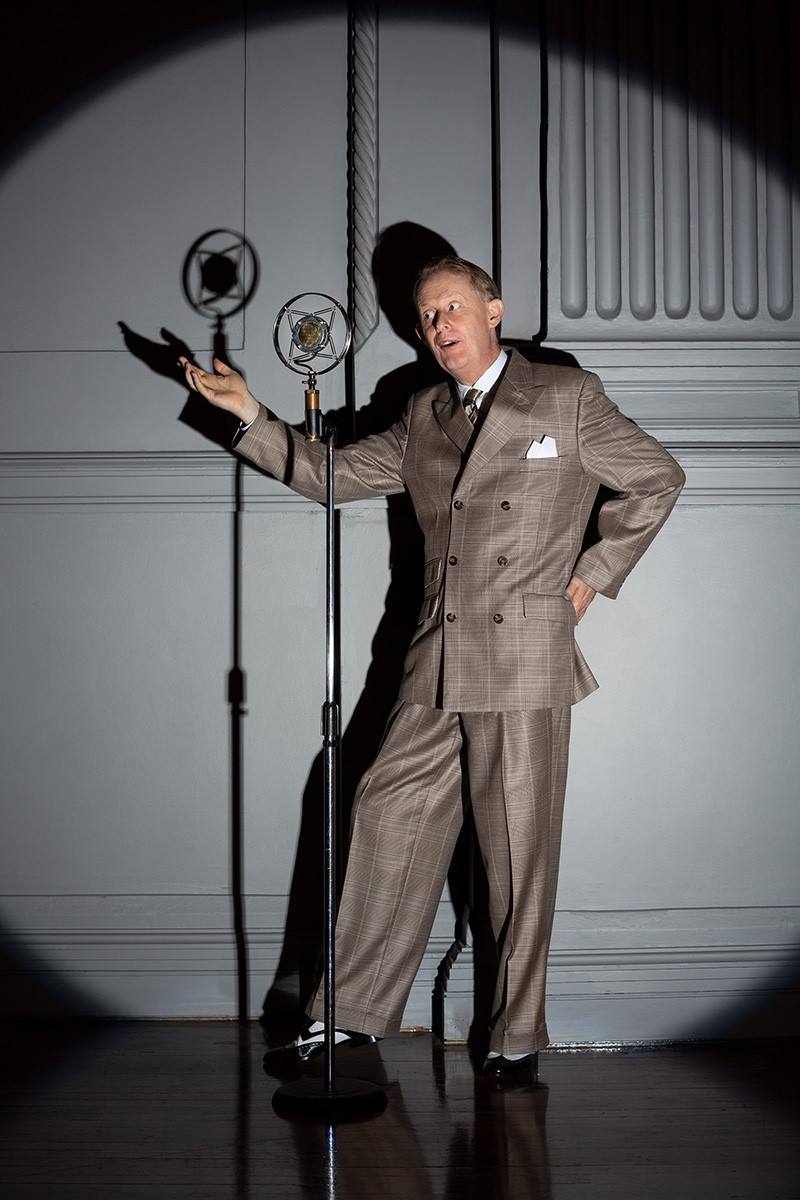 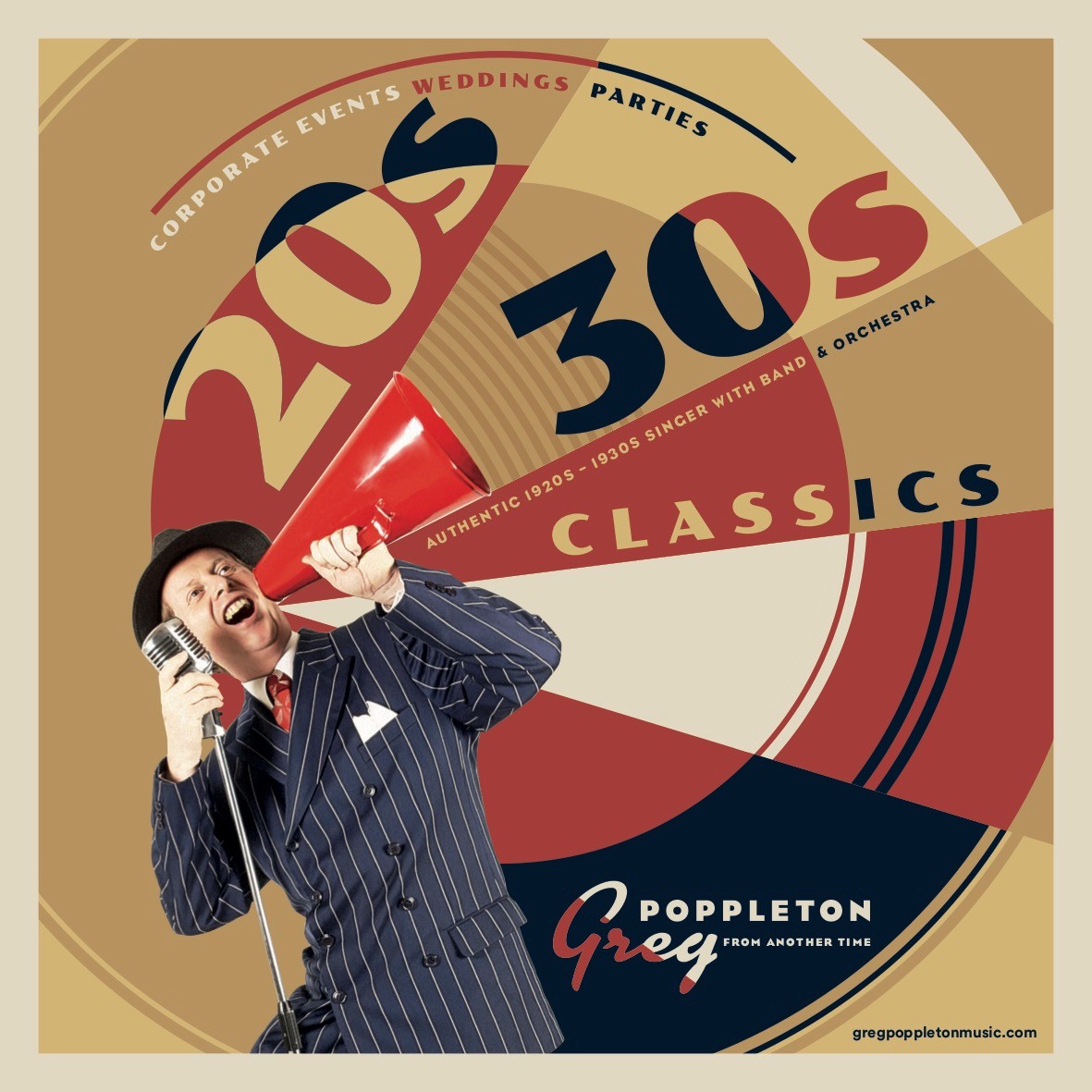 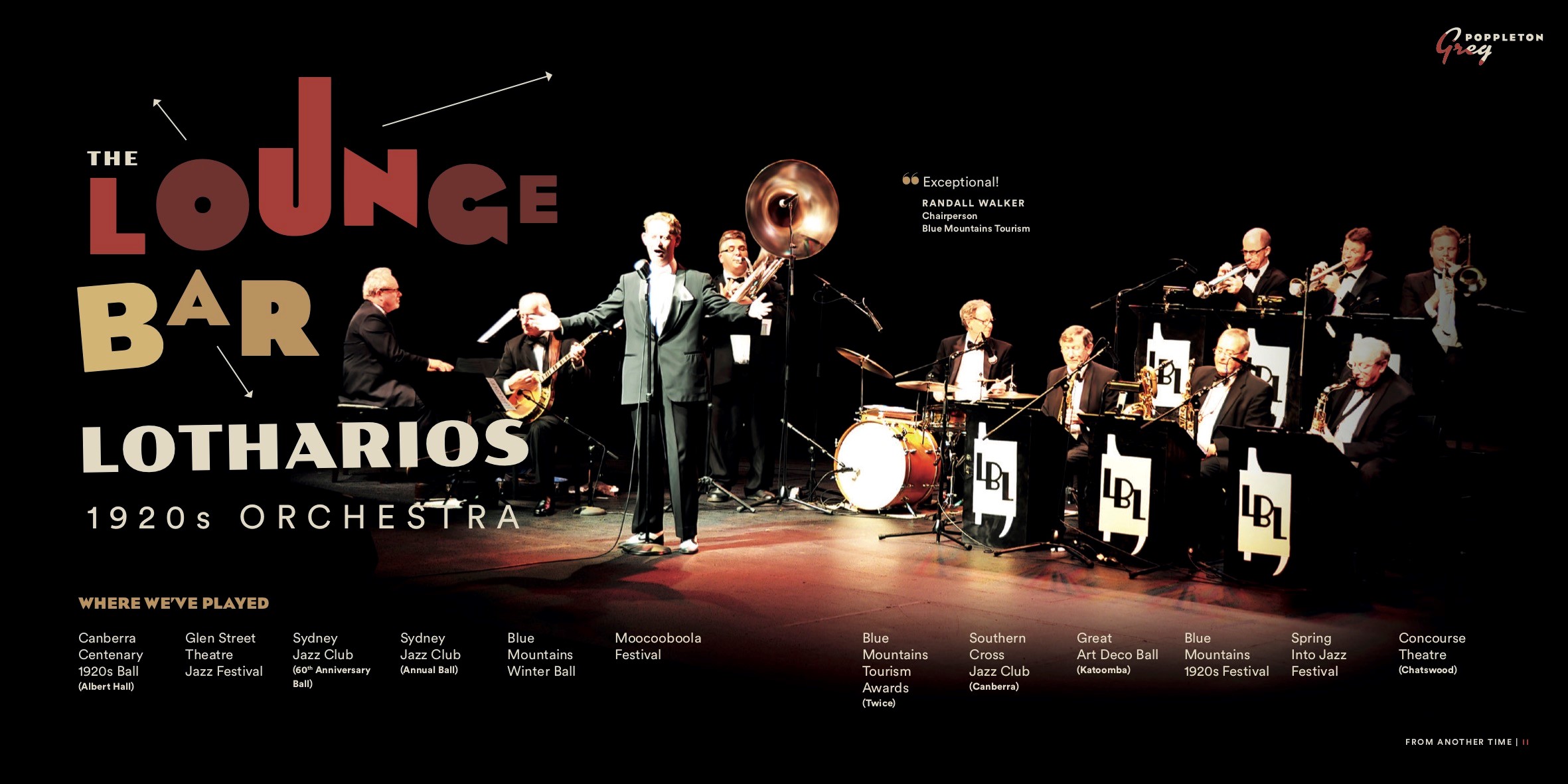 I bring the era to life so your event will be a dazzling Hollywood experience. Think speakeasies, prohibition and Gatsby glamour.

Two of his albums have had commercial radio airplay. Others were albums of the week on radio stations across Australia. He’s been interviewed on the ABC, 2CH, 2SER, Women’s Vintage Radio (US), Harry & Edna’s Vintage Radio Show (UK). Greg has featured in newspapers and vintage magazines including The Syncopated Times (US – twice), The Sydney Morning Herald Metro, Glory Days (NZ), Antiques and Collectibles (Aust.). He’ll also be featuring a US magazine in 2021. His award-winning Phantom Dancer swing jazz radio show is now on 23 radio stations.

In movies and on TV, Greg has acted with Adrien Brody, John Goodman and Nicole Kidman. He’s in 10 movies (including Chronicles of Narnia Voyage of the Dawn Treader & Moulin Rouge!), 18 TV series, 11 shorts & 61 TVCs. His voice has enhanced an award-winning animation, movie trailer, and radio ads.

Greg says, “When I was 3, I saw Louis Armstrong on TV and have been hooked on 1920s – 1930s jazz and swing ever since – so my singing is totally true to the era. I’m Australia’s only authentic 1920s-30s singer with band. We play clubs, restaurants, balls, hotels and festivals. And we love playing private functions, too – your wedding, birthday, house party and corporate event.

I bring the era to life so your event will be a dazzling Hollywood experience. Think vintage glamour, prohibition and speakeasies.”